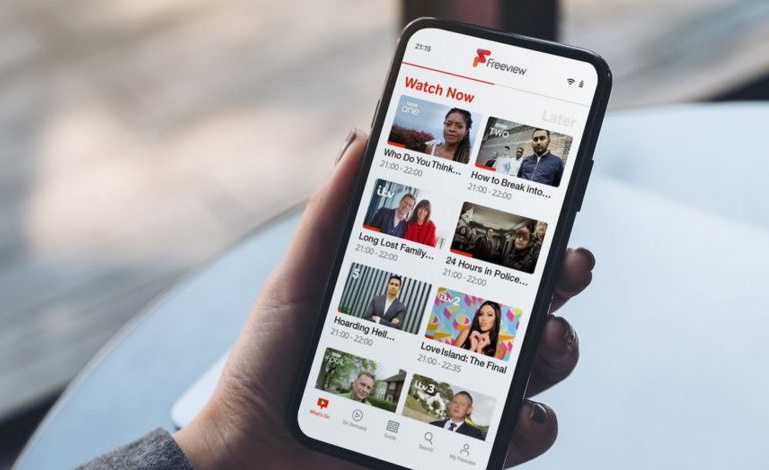 Millions more to gain access to free TV on the go, as Freeview mobile app launches on Android

Freeview Play, available from the Google Play Store, gives UK users access to stream shows from the BBC, ITV, Channel 4 and Channel 5, along with on demand content from BBC iPlayer, ITV Hub, All 4, My5, and UKTV Play.

Freeview’s mobile app is now available to download from the Google Play Store, giving Android users the freedom to watch their favourite TV shows on-the-go. In just three taps, you can stream live shows from the BBC, ITV, Channel 4 and Channel 5 as well as on demand content from BBC iPlayer, ITV Hub, All 4, My5, and UKTV Play whenever and wherever you want. As with all Freeview products the app is free to use, with no download fee and no subscription.*

Data from the popular iOS version, launched earlier this year, has revealed some interesting habits, with viewers tuning in to BBC Breakfast and ITV’s Good Morning Britain on their way in to work. Sporting shows have also proved popular, with Wimbledon being the most streamed show in July and the FIFA Women’s World Cup a close second in June. Unsurprisingly, ITV’s Love Island has also proved popular with the nation this summer.

Owen Jenkinson, Marketing Director, Freeview commented: “It has never been easier to become a Freeview viewer. To start watching content, all you need is a smartphone, an internet connection and away you go, all the content you love, wherever and whenever you want it.”