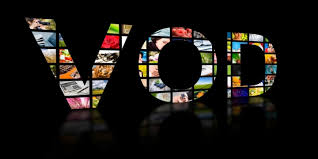 Figures from trade body the British Association for Screen Entertainment (BASE) and based on data from the Official Charts Company, Futuresource Consulting and Kantar, show that the UK home entertainment sector grew by 26 per cent in 2020, bringing the total market value to £3.3 billion.

How has Coronavirus effected our viewing habits?

In a year that saw UK consumers staying home in the face of the threat from coronavirus, 2020 has seen digital formats make huge gains as audiences have taken advantage of the instant access and huge range of content choice available across the broad range of digital consumption models.

Total EST (electronic sell-through, or digital purchase) sales across both film and TV content delivered 14.5 per cent growth year-on-year after a record period of growth during the March lockdown. Spend on TVoD (transactional video-on-demand), supported by shoppers new to the category, saw almost 24 per cent growth. Kantar reports that the total number of customers buying and renting across the video category grew by 14 per cent between March and November to 12.9m as audiences seek flexible access to content across transactional methods.

What about SVoD services?

At the same time, SVoD services have also grown by 42 per cent this year. Streaming services now account for 74 per cent of the total market value, with new services joining the market in 2020 such as Disney+, and an expansion in the uptake of existing services such as Netflix or Amazon Prime Video during the first UK lockdown period. Kantar also reveals that 23 per cent of British households signed up to a subscription service during the first quarter and around the time Disney+ launched with a further 7 and 3.5 per cent of households doing so in the following two quarters of the year.

The home entertainment market has demonstrated incredible resilience, pivoting to ensure the performance of available content was maximised across all formats and driving a story of catalogue success. Against the backdrop of closure of the cinema estate and the knock on reduction of New Release and Hollywood blockbuster titles, independent studios and distributors worked to fulfil consumer demand for content, resulting in a 30 per cent share of value spend on disc, up from 25 per cent in 2019. Consumers have embraced transactional in all its forms, with the growth of EST as well as an enduring love of catalogue, TV box sets and high value premium physical releases all boding well for continued growth once the new release pipeline reopens in 2021.

To read the full article please head to Advanced Television

To find out more about the DTVKit software solution, please click here!